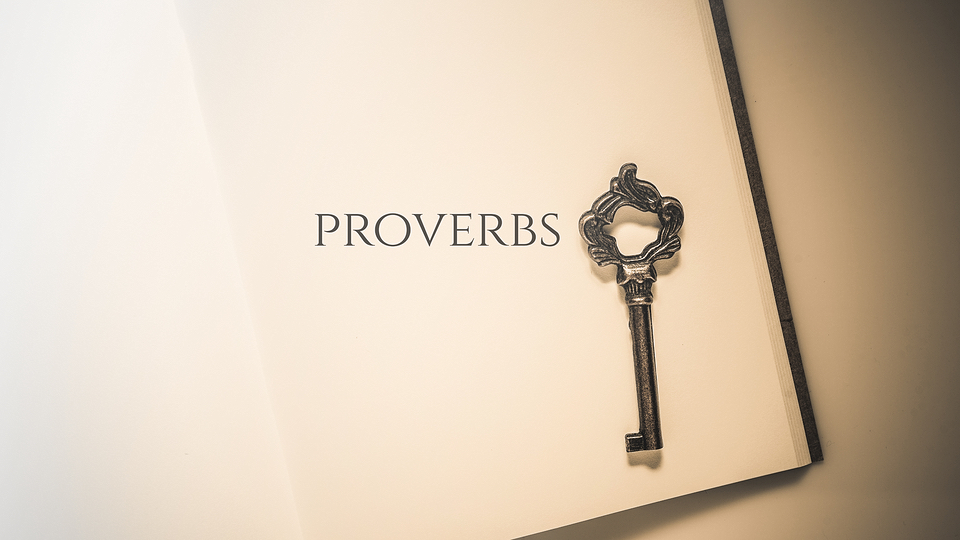 For a preacher, preaching from the Old Testament wisdom of Proverbs is like a little boy walking into LEGOLAND, the entertainment attraction dedicated to the full enjoyment of the classic Lego building bricks. One hardly knows where to begin. Because of its arrangement the book provides dozens of concisely stated themes that, with proper explanation and application, will feed the souls the pastor’s congregation.

Proverbs serves as the anchor to what are commonly called the “Wisdom Books” of the Old Testament. The book is a Spirit-inspired collection of Israel’s wisdom flowing primarily from the keen intellect of King Solomon, but also from other noted wise men of Israel and beyond. Scholars, however, disagree as to the original purpose for collecting these sayings. Certainly the young were to be taught these wise sayings (1:1-4) but the wisdom of Proverbs applies to persons in every season of life. This is what makes Proverbs such a rich source for biblical preaching.

Jesus – The Personification of Wisdom in Proverbs

Preaching Proverbs provides the preacher with abundant opportunities to exalt Jesus. Wisdom itself is the very mind of God. God thinks … and what He thinks is pure wisdom. Thus God speaks … and what He speaks is pure wisdom. It is not a stretch to connect this to the New Testament Christological principle of logos. One of the ways by which the New Testament identifies Jesus is as “the Word (logos)” which was with God and was God (John 1:1). The Word (Jesus Christ) became flesh and perfectly lived out the glorious wisdom of God before us (John 1:14). So Jesus is the complete personification of the wisdom written in Proverbs.

The Gospel – The Achievement of Wisdom in Proverbs

Jesus does more than personify this wisdom. He makes possible the achievement of this wisdom in everyday life. Proverbs itself admits that “folly is bound up in the heart of a child” (Proverbs 22:15). This foolishness is indicative of the sinful condition of all humans (Romans 1:18-21). Looking through the lens of the Gospel we see that the only way one may successfully live the wise life called for in Proverbs is through regeneration in Jesus Christ. “It is because of him that you are in Christ Jesus, who has become for us wisdom from God—that is, our righteousness, holiness and redemption” (1 Corinthians 1:30, italics mine).

An analysis of preaching approaches to Proverbs leaves the preacher with multiple options. Because of the unique structure of Proverbs, a verse-by-verse series is the most challenging. Because, as someone has observed, proverbs are “short sayings from a long experience,” the homiletic units are very brief. The verse-by-verse preacher is faced with the decision to camp on a single proverb (making for a lengthy series) or covering multiple proverbs in a sermon, touching on numerous (and sometimes unrelated) topics.

A topical preaching approach to Proverbs is a viable option. Preaching topical messages may, in fact, be one of the most faithful ways to proclaim the truth of Proverbs. Text-driven preaching submits to the Spirit-designed structure of the text of Scripture. Proverbs unfolds topically, addressing a vast array of issues related to the daily lives of God’s people.

Street Smarts … God’s Wisdom from the Book of Proverbs

Numerous biblical communicators refer to the proverbs in the modern vernacular of “street smarts,” meaning the ability to make smart (wise) choices in the arenas where one’s life is lived out. Borrowing their terminology I prepared and preached a series of topical messages from Proverbs entitled “Street Smarts … God’s Wisdom from the Book of Proverbs.”

Because many of the themes in Proverbs relate to the various seasons of family life, I chose to preach these messages in the Spring when we typically recognize mothers, fathers, graduating seniors and others going through key passages of life. Again, because of the somewhat topical nature of the arrangement of Proverbs, it gave me the flexibility to move about different parts of the book to coincide with special seasonal emphases. I hopefully gave our church members a taste of the multiple themes addressed by Proverbs, hoping to whet their appetite to read and study Proverbs on their own.

Here’s an outline of that series[1]Full manuscripts and video recordings of the messages in this series may be accessed at www.travis.org/faith-factor:

Indeed, “Wisdom calls aloud in the street, she raises her voice in the public squares; at the head of the noisy streets she cries out, in the gateways of the city she makes her speech…” (Proverbs 1:20-21).

This article originally appeared on www.preachingsource.com on October 17, 2016