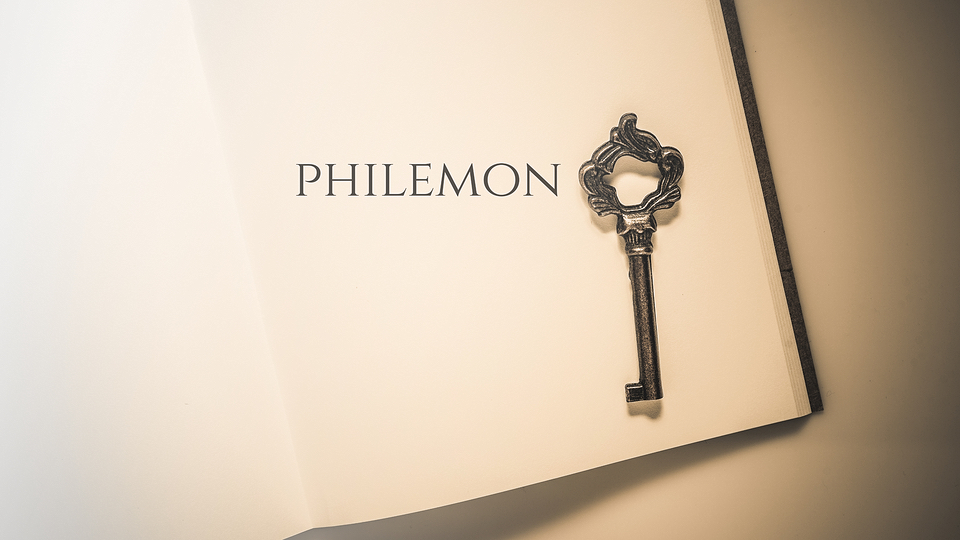 The Letter to Philemon is the shortest of Paul’s writings. Even though it is so brief, J. B. Lightfoot, the noted British NT scholar, describes Philemon as “infinitely precious.”[1]J. B. Lightfoot, Colossians and Philemon, The Crossway Classic Commentaries (Wheaton, IL: Crossway, 1997): 129. Lightfoot argues, “Nowhere is the social influence of the Gospel more strikingly exerted, nowhere does the nobility of the apostle’s character receive a more vivid illustration than in this pleading on behalf of a runaway slave.”[2]Ibid. Paul’s Letter to Philemon, therefore, deserves to be diligently studied and faithfully preached. The following pointers serve to help preachers in thinking through their exposition of this important letter.

Preach Philemon in One or Several Sermons. Philemon consists of only twenty-five verses (335 words in the original Greek). These twenty-five verses divide into the following structural outline: introductory greeting (vv. 1-3), a thanksgiving and prayer (vv. 4-7), the body of the letter (vv. 8-20), and the closing (vv. 21-25). On the one hand, because of its brevity, one could preach Philemon in a single sermon. To preach Philemon as a single sermon, the introduction and conclusion of the letter should be briefly summarized, while vv. 4-20 serve as the primary focus of exposition. On the other hand, one could preach Philemon as four sermons by following its structural outline. When preached as several sermons, the preacher should make sure to highlight how the introduction, thanksgiving and prayer, and closing sections relate to the main message in the body of the letter.

Follow the Natural Reading of the Letter. Some scholars propose modern reconstructions of the circumstances of Philemon, which differ from the more traditional understanding of the letter.[3]For a brief critique of these modern approaches, see D. A. Carson and Douglas J. Moo, An Introduction to the New Testament, 2nd ed. (Grand Rapids: Zondervan, 2005): 590-92; Richard R. Melick, Jr., Philippians, Colossians, Philemon, New American Commentary, vol. 32 (Nashville: Broadman, 1991): 339-340. These alternative reconstructions, however, are unconvincing at many points, since they lack textual evidence for support. When studying Philemon, therefore, one should be careful to follow the natural reading of the text rather than a novel reading of the text. Admittedly, not all the details surrounding the occasion of Philemon are clear. But, the content of the letter reveals plainly enough the general background. Put simply, Onesimus, a slave, had some kind of grievance with his master, Philemon (vv. 15-19). Paul encountered Onesimus and led him to Christ in his imprisonment (v. 10). So, Paul writes to his beloved friend Philemon (v. 1), appealing on behalf of Onesimus for Philemon to be reconciled with his new brother in Christ (vv. 10, 17). This traditional explanation is the most straightforward reading of the text and is not speculative in nature but textually based.

Identify the Central Idea of the Letter. One of the most important questions the preacher must answer about Philemon is “What is the central idea of the letter?” Identifying the central idea of Philemon is essential, because the goal of faithful exposition is to make sure the text itself is driving the focus of the sermon. Additionally, it is necessary to know the central idea in order to understand how the various parts of Philemon relate to its overarching theme. A careful reading of the text reveals that Paul writes to Philemon to appeal to him on behalf of Onesimus (v. 10), his slave with whom he has some kind of grievance (vv. 18-19). But, it’s not until v. 17 that Paul clarifies the exact nature of his appeal to Philemon. He writes, “If then you regard me a partner, accept him as you would me” (NASB). Paul’s appeal to Philemon and, thus, the central idea of the letter is Paul’s desire that Philemon receive Onesimus as a brother in Christ (cf. “beloved brother” in v. 16) and be reconciled with him based on their spiritual relationship in Christ. In terms of a sermon idea, then, Paul teaches us that the gospel transforms our relationships with each other, making possible and requiring reconciliation with other Christians.

Think through the Implications of the Gospel for First Century Slavery. To preach Philemon brings the preacher and the congregation face-to-face with the social issue of slavery in the ancient world. Consequently, it is safe to assume that many Christians and nonbelievers alike will have honest questions about the nature of slavery in the first century and why Paul does not explicitly call for its abolition. Due to the sensitive and important nature of this social issue, the preacher needs to be prepared to deal with such questions and not avoid them. Nowhere does the NT provide theological support or justification for slavery. Importantly, then, the wise preacher will devote time in an application section of his sermon to articulating clearly how the theology, implications, and preaching of the gospel in Philemon provided the seedbed that eventually led to the abolition of this unjust institution, even though Paul didn’t speak directly against it.

There is much profit to be gained personally and congregationally from a careful study and exposition of Philemon. Clearly, the letter challenges us to consider and heed the implications of the gospel in our fellowship and reconciliation with other believers and in the way we address social issues. Considering how gospel focused and practical Philemon is, pastors should be encouraged to preach this “infinitely precious” epistle. Hopefully, the pointers detailed above will assist the preacher in this worthy effort.