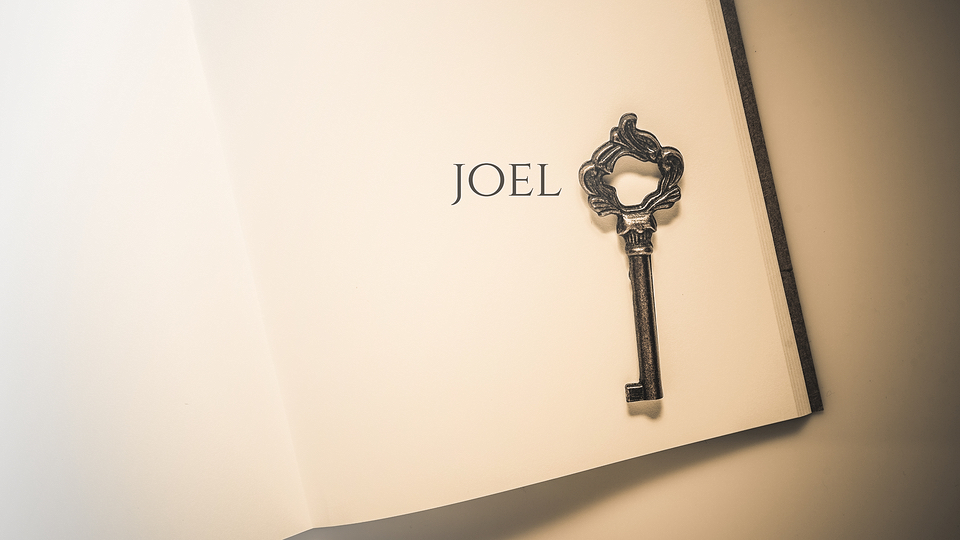 Growing up in eastern Kentucky, tornadoes are all but unheard of. Older generations would profess, “Tornadoes can’t get down in on our mountains… but if they ever did, watch out!” I remember the carnage wrought by the first tornado I ever witnessed “come down” in Eastern Kentucky. Funneled between the peaks of the surrounding mountains this tornado appeared to be trapped in the valleys, obliterating all in its path; tormenting houses and shredding trailers as if they were nothing more than waste paper. The devastation was breathtaking. The destruction was unbelievable. When such a powerful force made contact with its target, all was destroyed.

Joel spends a larger portion of his prophecy, addressing the carnage and destruction left by a major disaster. The breathtaking, unbelievable devastation led the prophet to call on people to realize, repent, and rend their hearts.

However, don’t let these three, quick chapters deceive you, nor the typical, illustration-based Joel sermon to turn you away. Filled with thematic vocabulary, and deep theological connotations, Joel is an intense – and often overwhelming – read for the student of God’s Word. Consequently, through diligent study and Holy Spirit empowerment, the man of God will find in Joel the ability to deliver a Scripture-saturated, theologically-intense and application-rife message. If properly approached, a sermon-series from the book of Joel could lead a congregation to a deeper depth than that which they have previously experienced in any of the Minor Prophets before.

Preaching successfully from Joel, requires a proper understanding of context, key themes of the book, while giving preaching pointers for Joel, consisting of; properly outlining the book, and noting what should be addressed and what should be avoided, concluding with recommended preaching resources for Joel. If these matters are thoroughly considered, the man of God will not struggle in delivering a text-driven message from this powerful Minor Prophet book; he will do so with ease and great freedom.

Toward a Proper Understanding of Context

Author: Joel. The text states “the word of the Lord came to Joel…” (Joel 1:1). The Bible clearly claims Joel as the author, and the Holy Spirit confirms such a thought through the inspiration of the Scripture. There is nothing more to add. Joel must have written this book.

Date Written: Scholars cannot come to a complete consensus. Concerning date, Joel is one of the most disputed books in the Old Testament. It is not this author’s intent to analyze specified dates, but rather offer a broad stroke of the likelihood of Joel being penned during the mid-eight century BC. One should hold to such a date tentatively, and focus for more on the known content than unknown context.

Purpose: At the very beginning, readers are inundated with a terrible cause of alarm; the devastation caused by a locust plague. This plague is shown to exist in the immediate past, immediate now, and immediate future, giving theological implications for each. Joel is prophesying as a response to this dreadful plague, seeing the locusts as God’s judgment upon an apathetic Judah. This plague is a stern warning of a more dreadful judgment coming to all who refuse repentance and renewal. Joel’s purpose, then, is to reveal the plague against the backdrop of eternity, by warning God’s people to repent and prepare for an event far more catastrophic in scope.

The following themes can be addressed while dealing with the text.

Repentance and Forgiveness – A call to repentance is undergirded throughout the entire book (1:12). It would behoove the man of God to address repentance and its need.

Eschatology – The Day of the Lord is a frequent theme in the Minor Prophet’s book (2:1). Joel’s referencing of the Day multiple times is paramount to understanding just why the book was written.

Prophetic Fulfillment – The outpouring of God’s Spirit (2:28) was fulfilled at Pentecost, as Peter quoted this very passage. Prophecy was fulfilled as the Holy Spirit would indwell all who trust in Christ.

Hope – Joel points to a time where the Jerusalem will never again be invaded (3:17). The latter part of Joel points to the hope all Christians have within us; the coming of Christ and the establishment of His kingdom.

Here we have attached an outline of the book of Joel. This outline is not a suggestion on how to preach Joel, but a diagrammed outline necessary for understanding the context and proposals of Joel. Such an outline can aid the man of God with determining possible preaching directions for Joel. The outline is diagrammed as follows:

What to Address in Joel:

What to Avoid in Joel:

Furh, Richard Alan and Yates, Gary E. The Message of the Twelve: Hearing the Voice of the Minor Prophets. B&H Academic, 2016.

Preaching from Joel can be a great blessing or a great curse! A dear friend of mine stated he avoids Minor Prophets because, “they are too brutal.” Yes, Minor Prophets can appear brutal. Yet we find in them continual reminders of God’s mercy and forgiveness to all who repent. Minor Prophets may be “brutal,” but we would be far more “brutal” to our flocks if we just ignored them altogether. Consequently, let’s face them with the courage and commitment that Joel himself faced a people who were far from enthused about his message.