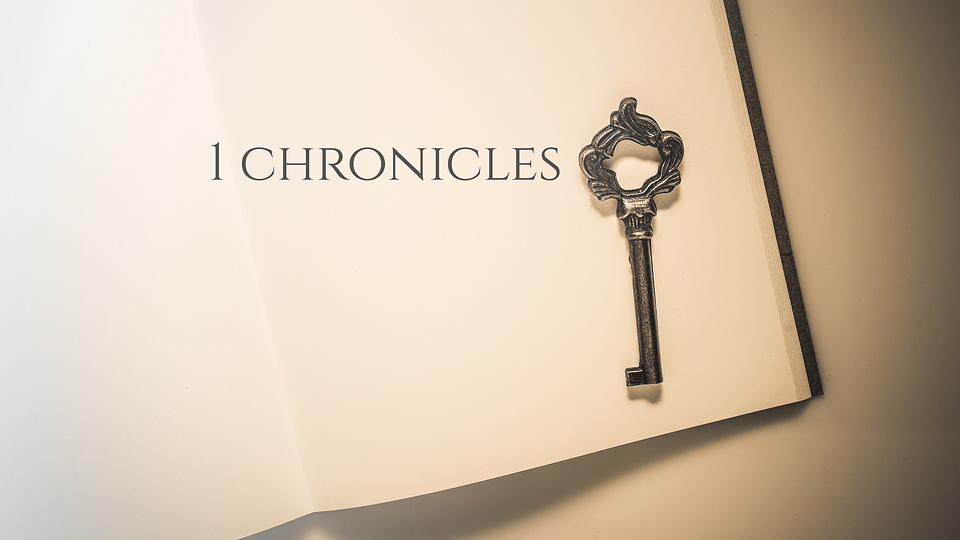 The book of 1 Chronicles is in a part of the Bible where the pages stick together. Not many people dig into the book, and it is often skipped. Pastors are just as guilty. When I ask pastors what they are preaching, I don’t believe I’ve ever heard a reply, “1 Chronicles.” While I understand why a new pastor may not tackle the book for his first sermon series, it does deserve more attention than we give it.

Both 1 Chronicles and 2 Chronicles were originally one book. 1 Chronicles focuses on King David, while 2 Chronicles details King Solomon’s reign. A “chronicle” is simply an account of events arranged in a specific order. The book was written about 100 years after 1 and 2 Kings. At this point in Israel’s history, God’s people are still feeling the pain of being conquered. Exile had ended, and many are beginning to return to Jerusalem from Babylon. However, poverty was rampant, and the people struggled.

The empires of David and Solomon crumbled. The Assyrians destroyed the Northern kingdom of Israel, and the Babylonians destroyed Southern kingdom of Judah. In 589 B.C., the people are released from exile. Their initial hopes were high, but Jerusalem was in ruins. Questions lingered. Had God forsaken His people? Had the promises of David failed? We don’t know exactly who the chronicler was, but he looked back and traced God’s promises throughout history to reassure the people.

The Chronicles tend to be more official and statistical than 1 and 2 Samuel or 1 and 2 Kings, which are more personal and biographical. This distinction makes it harder to preach 1 Chronicles verse-by-verse, but that does not mean pastors should skip it. One way to preach 1 Chronicles is to focus on the five major sections in the book. A five-week series is reasonable. I’ve provided a brief outline and summary of what a five-week series might entail.

One of the more intriguing elements of the book is what the chronicler leaves out. Nowhere in 1 Chronicles will you find David’s adultery with Bathsheba or the attempt of David’s sons to usurp the throne. Some criticize the book for these omissions. However, the chronicler was not attempting to gloss over history. The selectivity of the chronicler was intentional. The readers already knew about the failures. In fact, they were living it! The purpose of 1 Chronicles was to make a statement about God’s faithfulness in spite of their sins. If you were to preach this book in one sermon (instead of five sermons), then this major theme of God’s faithfulness would be a good emphasis.