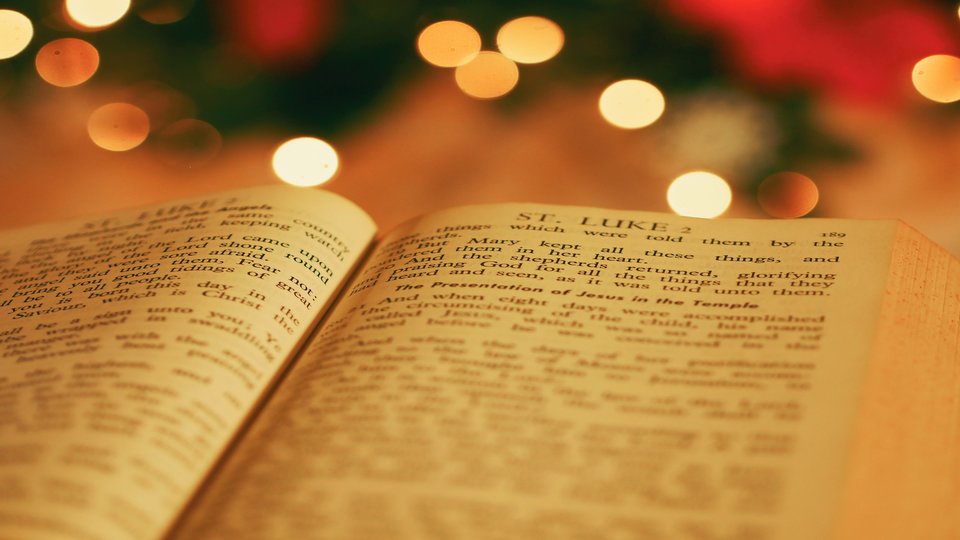 Why did God the Father send his only begotten Son to become a human baby? Why did the Son of God add our human nature to his eternal person? Why did he have to be this baby at this time and place? Why did he come to live the life he lived and die the death he died? Think for a moment about this question and know that the answer transforms life.

Paul answered this question with a profound theological sentence. In 2 Corinthians 5:19, Paul wrote that “in Christ God was reconciling the world to himself.” We celebrate Christmas because in Christ our previously broken communion with God is renewed. God sent his Son to take upon himself our death and to give us his life, life with the triune God.

Let us think of Christmas as the reconciliation of our communion with God in its past, present, and future dimensions.

However, human history was forever altered by the rebellion of Adam and Eve. Satan cast doubt upon God’s Word and our parents added to God’s Word. Perversely, they believed freedom came not from living within God’s will but from choosing against it. They rebelled against God’s rule. They distorted God’s Word. They lost God’s breath.

But here is the mystery: God knew this would happen and did not want sin to have the final word. The eternal plan of God was hidden from us by our disobedience of God’s Word, but that did not negate the will of God, the wisdom of the Word, nor the power of the Spirit. Though we joined a demonic rebellion against him, God still loves us. Though we rejected his Word, God reveals himself to us. Though we were dead in our trespasses and sin, God offers us life.

Several millennia after the Fall and two millennia ago, God the Father sent his only begotten Son to unite himself with fallen humanity. The King humbled himself, clothed himself in our rags, and walked with love into the rebel camp. The Lord of creation entered the womb of a creature and made himself vulnerable to human vitiation. Later, at the age of 30, he began a ministry that would change reality itself. He wielded the Spirit and healed the sick, he offered the solace of his Word to the brokenhearted, and he promised renewed communion with the Father.

Alas, we rejected his message, we shamed him with our spittle, and we butchered his body. The Beloved came to lay in a wooden manger, but we mangled him upon a woeful tree. And yet, this was God’s plan, for “in Christ God was reconciling the world to himself.” Paul provided us the logic for why God did this: “For our sake he made him to be sin who knew no sin, so that in him we might become the righteousness of God” (2 Cor 5:21).

The perfect Son of God became the perfect human being so that he could reconcile you today with the perfect God. The perfect Son of God, who became this perfect man Jesus—He exchanged our deserved death for his loving life. He gave us his righteousness; He took upon himself our sin. Oh, the mystery of this great exchange! What love is this!—That the righteous living God would take up sin and death so that the dead sinner might have righteousness and life! Christ came and died that we might have communion restored in the present.

This Good News—that “God was in Christ reconciling the world to himself”—is what we celebrate at Christmas. Yes, we focus upon the Incarnation now, because that is where humanity was assured that death itself would be defeated. Christ became flesh so that he might transform our flesh. The Son of God became a man so that every human being might be made anew. “Therefore, if anyone is in Christ, he is a new creation. The old has passed away; behold, the new has come” (2 Cor 5:17).

The question now is, “Have you received eternal communion with God?” If you do not, you can. You see, Paul went on to say of the Good News, “All this is from God, who through Christ reconciled us to himself and gave us the ministry of reconciliation; that is, in Christ God was reconciling the world to himself, not counting their trespasses against them, and entrusting to us the message of reconciliation” (2 Cor 5:18-19).

God reconciled humanity to himself in Christ through his past work on the cross. God continues to reconcile humanity to himself by the Holy Spirit as you hear the Good News of Christ. This is why Christians often celebrate communion at Christmas—Because we have received the sacrifice of Christ’s body and blood, which are now represented in the bread and the cup, we know we are reconciled to God.

Trust in Christ! Receive renewed communion with God! Hear the words of Paul, “Therefore, we are ambassadors for Christ, God making his appeal through us. We implore you on behalf of Christ, be reconciled to God.” (2 Cor 5:20).