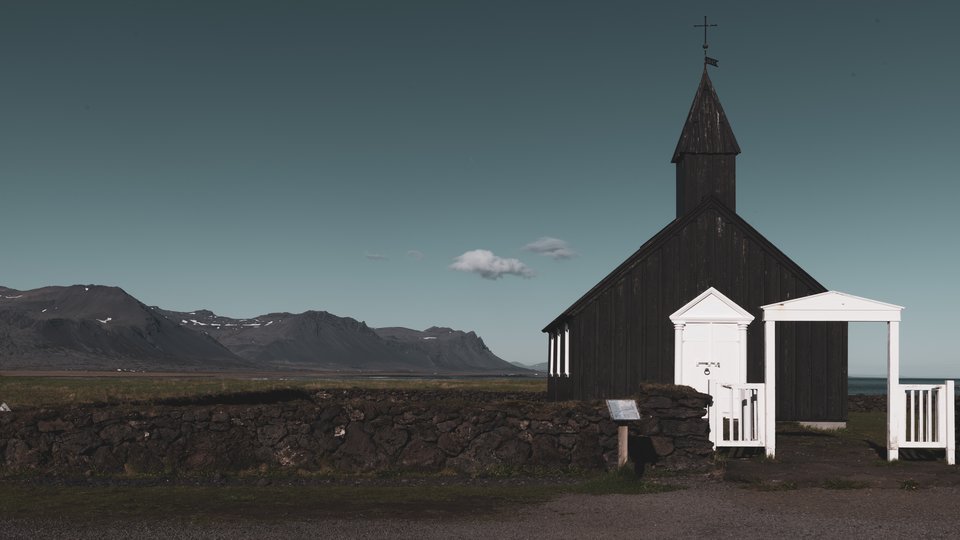 Church Revitalization: It Still Can Be

It Still Can Be

A well-known pastor had just preached at the city-wide revival hosted by one of the local ministers’ conferences. As I was preparing to leave, the president of the conference introduced me to a pastor who had pastored the church where I now serve. In my estimation, he is one of the most prolific preaching personalities of our time. Prior to that day, I had known him only via the historical archives at the church and through the media. I remember reading an article in the Houston Chronicle detailing his ministerial accomplishments and how he had experienced turmoil at a few churches before organizing what would become one of the largest and most thriving churches in Houston. I remember thinking, “How could such a great preacher experience such harsh treatment?” Unbeknownst to me, five years later I would become the ninth pastor of one of the churches mentioned in that article.

After we exchanged introductory pleasantries, another preacher addressed him, “Doc, had you had stayed there, that church would be a great church!” Perhaps he didn’t regard my presence or simply wanted to gain affirmation. I don’t know. Still shocked by the untimely comment, I heard my predecessor emphatically say, “It still can be.” Right then and there, those four small words strengthened my pastoral perspective. (Incidentally, every pastor has a pastoral perspective.)

Ezekiel, the prophet among the exiles in Babylon, was faced with a quintessential question that is appropriate for the twenty-first-century pastor: “Can these bones live?” At first glance, one might assume that God’s question to the prophet was rhetorical. So often, the exegetical focus of this text is on the condition of the dried bones and the miracle of revival that ensued once they were exposed to God’s word. Certainly, such an emphasis is not out of place. After all, the text describes the bones as very dry, seemingly highlighting their dismal outlook. This was a vivid picture of a people who had seemingly forfeited their position in God’s economy. Israel knew who they were but had allowed incessant sin to dominate their lives. According to the chronicler, God had sent messenger after messenger to warn them of God’s impending chastisement, but to no avail (2 Chr 36:15–21).

There is no doubt that the nation was under divine discipline. I contend, however, that rather than the emphasis being solely on the condition of the dry bones, God’s question to the prophet is His unique way of assessing Ezekiel’s prophetic perspective. Heretofore, Ezekiel had been preaching for at least twenty years to the exiles. He, in a real sense, had become a part of the exilic community. As a watchman, he would warn them of impending danger (Ezek 3:17–21). But he was more than a voice of doom and gloom; he was a priest-turned-prophet who had not relinquished his priestly training. Robert Smith, Jr., in his work Doctrine That Dances, posits the double trajectory of preaching: the prophetic trajectory and the priestly trajectory. Smith explains, “The ministry of the priest is preferred to that of the prophet because the prophet afflicts the comfortable and the priest comforts the afflicted.” (Robert Smith and James Earl Massey, Doctrine that Dances: Bringing Doctrinal Preaching and Teaching to Life (Nashville: B & H Academic, 2008), 77.) Ezekiel’s vocabulary was saturated with words commonly used by priests and he emphasized holiness, morality, and God’s glory. [1]Walther Eichrodt, Ezekiel; a Commentary, The Old Testament Library (Philadelphia: Westminster Press, 1970), 28–30.  His primary goal was to preach life to a people who had ostensibly abandoned the Life-giver.

As a pastor of a historic church that had been experiencing declining membership, I have gleaned a few things from Ezekiel’s ministry.

1. The power of perspective

If Ezekiel did not believe the bones could live, then he would have done well to turn in his resignation letter. No matter how dry the bones are, the pastor must know that the bones are still God’s possession. As such, only God has the prerogative to give the prognosis on them. No matter how long they have been in the valley, they still belong to God. Without this understanding, your preaching will be laced with uncertainty and cynicism. Often, pastors seek to revitalize churches without having a healthy outlook for the very people to whom they have been called to serve. Pastors are frequently so busy listening to who did what to whom and other deleterious information that they can easily forget that God knows His church and what it takes to experience revival. Many people, both members of the church and outsiders, offered me intel on certain members, previous pastors, hidden history, etc. Such information can be harmful and, if left unguarded, can negatively affect your pastoral perspective.

2. The power of solid preaching

As pastors, we can never underestimate the power of God’s word. Solid biblio-centric preaching still has redemptive power. Rather than preaching to impress, entertain, or even maintain the status quo, pastors must preach redemptive messages. Hard hearts will be softened. Souls will be saved. God will be pleased. The efficacy of Christ-centered preaching can bring life to a dead church just as Ezekiel’s preaching was instrumental in instigating life in the valley. The effectiveness of one’s preaching may not be immediately noticed, but be assured that without consistent biblical preaching, there is absolutely no hope for true revitalization.

3. The power of the call

Most of the prophets felt a sense of inadequacy and unworthiness to function in such a fundamental capacity. For example, Isaiah realized the depth of his sins and the dismal condition of his environment when he saw the exalted Lord in His temple. Following this glorious experience, Isaiah readily availed himself in response to God’s inquiry (Isa 6:8). Jeremiah initially felt that his youth would impede his ability to speak God’s oracles to the recalcitrant Israelites but would go on to confess that the word of God was like fire shut up in his bones (Jer 20:9). Ezekiel admitted that it was while he was among the exiles in Babylon that God gave him visions concerning his prophetic responsibilities. Seemingly, out of nowhere, with no rhyme nor reason, God called him (Ezek 2:1–7). My point is that in each of these instances God initiated the call and the prophet responded. As a pastor, you need confidence in God and assurance of your ministerial calling. With it comes a sense of belonging, analogous to a fish belonging in water, which cannot be stripped away by people who may not welcome your arrival with alacrity.

I’m not writing my own rags to riches story. Our church is, however, experiencing revitalization. After 14 years of having a positive perspective, engaging in solid preaching and teaching, and remembering my call, the bones are living again. As pastors, we must be aware that the church belongs to God. We must answer to Him. We must serve faithfully. We must be good stewards. We, like Ezekiel, must be vessels fit for the Master’s use. Ezekiel witnessed God turn dry bones into an exceeding army. He can do the same for you. It still can be.

Gaidi K. Burgess is the Senior Pastor of Greater Mt. Zion Missionary Baptist Church in Houston, Texas, and a Ph.D. student in Southwestern’s School of Preaching.