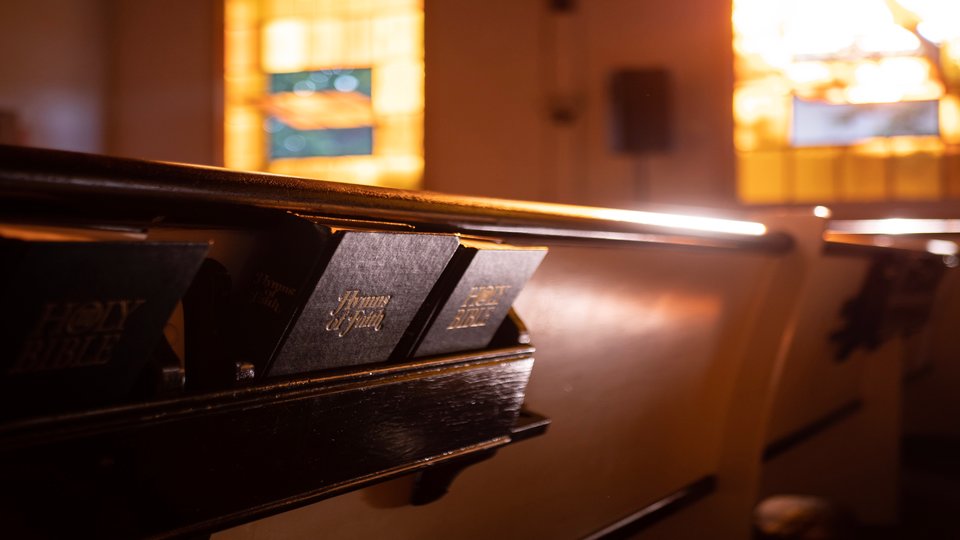 As One with Authority and Humility

Fred Craddock’s book, As One Without Authority, opened the door towards the concept of a “new” homiletic. The book is one of the best-selling books on preaching in the last 40 years, and homileticians who advocate narrative theology have been influenced by Craddock.[1]Hershael York, “Communication Theory and Text-Driven Preaching,” in Text-Driven Preaching: God’s Word at the Heart of Every Sermon, ed. Daniel L. Akin, David L. Allen, and Ned Mathews (Nashville: B & H Publishing Group, 2010), 233. The title reveals the author’s intention. Craddock labels propositional preaching methodology as “the tyranny of ideas.”[2]Fred Craddock, As One Without Authority, rev. ed. (St. Louis: Chalice Press, 2001), 54.  He claims unilateral speech that makes audiences passive must be resisted and that “democratic sharing” should be encouraged.[3]Ibid. He adds, “It requires a humility most of us lack to risk not having this control, to be willing to participate in sharing a matter.”[4]Ibid.

Craddock regards the virtue of humility as a concept that conflicts with authority. According to his logic, propositional preaching is a homiletical “dictatorship” because sermons are written based on the preacher’s authoritative interpretation, which excludes the audience’s room to participate. If a sermon is to be democratic, it should focus on sharing contemplative aspects of life rather than proclaiming propositional truth. In this “democratic” sermon, the preacher plays the role of a “tour guide” who humbly explores the biblical story. Craddock presupposes that the preacher’s authority causes an “autocratic sermon,” while his humility leads to “democratic preaching.” Thus, he asserts that the preacher should refrain from any temptation to have an authoritative thought and attitude.

What Does the Bible Say?

Even though As One Without Authority initiated something of a revolution in preaching and changed homiletical trends, this homiletical theory cannot be a universal principle unless it is supported by the Bible. So, what does the Bible say concerning the authority of a preacher? In 2 Corinthians 10:8, Paul writes, “For even if I boast a little too much of our authority, which the Lord gave for building you up and not for destroying you, I will not be ashamed.” Here, Paul expresses that his authority as a minister and preacher is given from God in order to build up the church and, he was not ashamed to exercise his authority. Paul also asks Titus to “declare these things (the gospel); exhort and rebuke with all authority” (Titus 2:15). These verses reveal that God allows preachers to proclaim the gospel with authority.

The reason God grants the preacher authority is based on the preacher’s fundamental duty. The Bible uses several images to describe what a preacher should be: (1) He is a herald (keryx) who lifts up his voice to deliver the good news; (2) a sower (speiron) who spreads God’s Word and hopes it bears good fruit; (3) an ambassador (presbus) who represents God’s sovereignty even in a hostile land; and (4) a shepherd (poimen) who is charged with protecting God’s flock from predators and guiding them to pasture. These biblical metaphors imply that they are assigned and authorized to deliver not their own words but God’s message. The heralds proclaim the good news they are given. The sowers spread good seed that they are provided. Ambassadors pursue their country’s policies. Shepherds lead their flocks to the pasture that their master wants. Since preachers are called to convey God’s message, He grants them authority to do so.

Craddock opposes the arrogance of some preachers who have abused the power of the pulpit and their own authority. If a preacher delivers bombastic messages without God’s blessing but from his own authority, then that is the “tyranny of ideas” and “homiletic dictatorship.” However, text-driven preachers must not proclaim God’s Word in this manner. They must remember God’s authority is given when His message is proclaimed.

Does Authority conflict with humility?

Craddock considers authority and humility as conflicting and opposite concepts in preaching. However, both can harmonized by the preacher into a significant homiletical ethic. This article seeks to redefine the relationship between both and reconcile these two seemingly contradicting virtues. In doing so, a basic communication theory requires exploration.

The Task of the Preacher in Communication Theory

Communication takes place in encoding, transmission, and decoding.[5]James McCroskey, An Introduction to Rhetorical Communication (New Jersey: Prentice-Hall, 1986), 5-11. Communication begins with encoding, which McCroskey defines as “the process of translating an already conceived idea into a message appropriate for transmission to a receiver.”[6]Ibid., 7. The encoded message is transmitted through a channel to a receiver (transmission). Finally, the message arrives at the destination, and the receivers engage in the decoding process. Hershael York applies this communication model to preaching and claims that God’s communication occurs on the following three levels:

The preacher functions as a decoder in Level 2 and as an encoder in Level 3. Preaches are called out to understand correctly what God says (decoder) and proclaim that message to the hearers (encoder). As Paul affirms in 2 Corinthians and Titus, God has given preachers authority to fulfill their calling. Yet, preachers must remember that they are called only by God’s grace. The preacher in the pulpit is not superior to the layman who listens from the pew. As Paul confesses, preachers are made ministers according to the gift of God’s grace, which was given by the working of His power. Even though preachers are the very least of all the saints, this grace was given to preach and illuminate the plan of the mystery hidden for ages in God (Eph 3:7-9). Grace leads preachers to humility.

Authority of the Preacher Given from the Marvelous Grace

One of the most astonishing mysteries in preaching is that a perfect God has given imperfect men authority to deliver His Word. Only by God’s marvelous grace the preachers able to feed the people of God, teach the church, and preach the Word. A preacher must step into the pulpit with wonder, gratitude, and humility. He is to preach the Word of God as one who has authority. The God who chooses His vessel will strengthen, help, and uphold that servant with His righteous hand (Isa 41:10).

Kyeongmin “Kaleb” Seo is a Teaching Assistant at Southwestern Baptist Theological Seminary and a Ph.D. student in Southwestern’s School of Preaching.