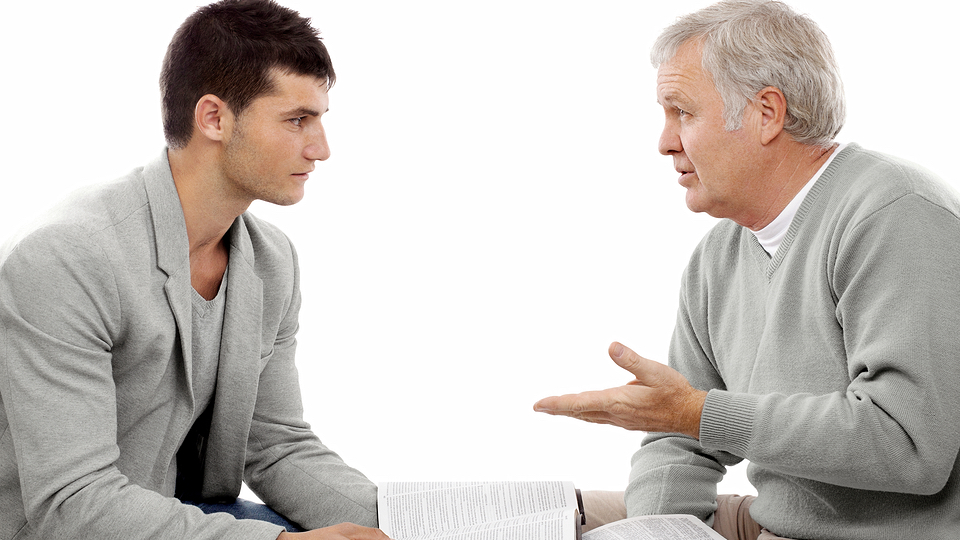 A Word to Young Preachers about Pride

If you are in a leadership position in someone’s church, and especially if you are a pastor, let me offer a salient word of warning: Don’t become a Diotrephes who loves to be first. We all know preachers who are too big for their britches. You know the type. In the extreme, this is the guy who can strut sitting down. He exudes arrogance, either in the pulpit, outside the pulpit, or both. Joseph Parker, contemporary of Spurgeon, painted the picture of the prideful person in unforgettable prose: “Here is a little contemptible person who stuffs the unworthy sack, which he calls himself, with the shavings and sawdust of his own self interest.”

Probably for must preachers, however, our pride is not that extreme, but it is pride nonetheless. The Scripture has much to say about pride. Pride caused Satan to be cast out of heaven. Pride caused Adam and Eve to sin and be cast out of the garden. It brought down prophets, priests, and kings in the Old Testament. It kept many a Pharisee and Sadducee out of heaven in Jesus’ day. It caused Pilate to wash his hands concerning Jesus of Nazareth.

Pride goes before a fall the Scripture says. Of the seven things God says he hates, first on the list is pride (Proverbs 6:16–19). There are few sins as destructive as pride. The Latin word for pride is “superbia” which means “aspiring to be on top.” More than one preacher has been brought low by pride. Only God is on top.

Like John, from the early church through today, preachers have warned their fellow preachers about pride. John Chrysostom (the “golden mouthed”) called pride the chief sin of preachers. He concluded his rhetorically powerful list of sins with the memorable line: “. . . all these and many other kinds of beasts dwell upon that rock of pride.”

Don’t miss Spurgeon’s chapters “The Minister’s Self-Watch” and “The Minister’s Fainting Fits” in his Lectures to My Students. In the latter, Spurgeon pungently states: “Be content to be nothing, for that is what you are.” Andrew Blackwood, the great homiletician, once stated that among preachers, “pride still remains Soul Enemy Number One.”

C. S. Lewis said concerning pride: “There is no fault which makes a man more unpopular, and no fault which we are more unconscious of in ourselves. And the more we have it ourselves the more we dislike it in others.” When we are genuinely humble, we should beware lest Satan smuggle the thought of our own humility into our mind.

Preachers especially must guard against vainglory and false modesty, which is just another form of pride. Beware when pride shows up in the guise of humility. Leave it to Mark Twain to cleverly drive this point home: “If I ever achieve humility, I’ll sure be proud of it.”

The worm of pride is ever threatening to eat into the fruit of the Spirit in your life. The poison of pride ever sits inconspicuously on life’s shelf. Sometimes it takes very little to puff up these proud preacher hearts of ours. A little success, a little prosperity, and we are ready to burn incense to our own accomplishments. Let the world bestow on us a few of its flatteries and we are ready to throw in our lot with it.

Pride is ever beside you in the crowded highway and the lonely street. It follows you to the office, to the pulpit and back home again. It dogs your footsteps when you go to church, kneels beside you when you pray, and whispers in your ear while you preach. It assaults your every relationship; your every sacrifice; and every sermon. It is your constant companion, arriving early and staying late. It never leaves you night and day ‘till death do you part. Pride is the hound of hell that can only be defeated by the hound of heaven.

The fact is, most of us just don’t like to humble ourselves. It’s not in our nature. But the Lord knows how to balance our lives. He will allow almost anything to prevent spiritual pride and to quash it when it rears its ugly head in our lives. James reminds us to “humble ourselves before the Lord, and he will exalt you” (James 4:10).

If you’re not willing to preach in the basement, you have no business preaching in the bay window. The trick is improving your preaching talent and skills without simultaneously attempting to carve out your own niche in the Preaching Hall of Fame.

Instead of an unwelcome intruder, seek to make humility the spouse of your soul to whom you have wedded yourself forever. To reflect God’s light, don’t seek the limelight. Sometimes we get confused as to who is the light of the world! Even the donkey that brought Jesus into Jerusalem knew that the applause was not for him. If you get too big for your britches, don’t be surprised if God gets you a smaller pair of britches. Be very careful that your ambition and your ability do not carry you beyond where your character can sustain you.